Why is the "free world" obsessed with walls?

In 1989 Europe was euphoric at the fall of the Berlin Wall. Thirty years later, walls are rising again all over the world - from USA/Mexico, to the Sahara Desert, to the water surrounding Europe and the bureaucracy faced by asylum seekers trying to enter it.

Fusing poetry, satire, reportage, multimedia and cabaret, and featuring an all-female cast of migrant actors from Angola, Italy, USA, Brazil and Lithuania, Closed Lands examines the structures - real and metaphorical - that enclose some while keeping others out.
Simon Grangeat is a French playwright whose work is based on research and in-depth documentation. His Terres closes won the Inédit Theatre award in 2012. Closed Lands at VAULT 2020 marks its English premiere.
Closed Lands is a co-production with Exchange Theatre and part of Migrations Harbour Europe, an ACE funded project to promote plays from across the continent focusing on migrant voices and experiences.

LegalAliens is a female-led ensemble comprised entirely of artists who are migrants in the UK. The company advocates for nuanced representation of first generation migrants in theatre, and their work focuses on original translations of plays on issues affecting contemporary society. Their unique style mixes traditional storytelling with multimedia and has been praised for its bold theatricality. Previous work includes The Return by Sergio Pierattini, Poker Face by Petr Kolecko, the series Generation Icons (three plays by central European writers), and the devised pieces Chaos (inspired by Pirandello) and Who I am (performed by migrants and refugees based around Haringey, north London).


*If you're planning to see more than one show at VAULT, we recommend you download the Stagedoor App to take advantage of 2 for 1 and Early Bird offers.

** We have special concessions and free tickets for vulnerable and homeless people, migrants with NRPF, refugees and asylum seekers. Please email info@legalaliens.org for details on how to reserve these tickets. 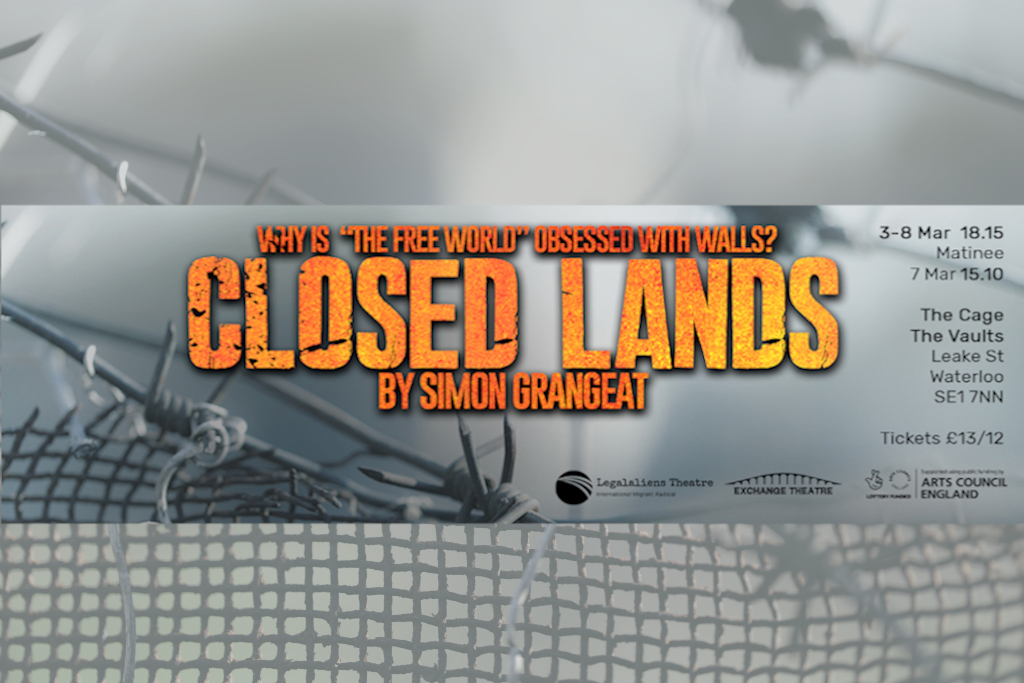