Once more we are in a lock down period – this time the sky is grey and the winter seems longer than earlier years.

I think back on the year that has passed with a mixture of different emotions: a rediscovered peace and more time with the close family, long phone calls with friends, long walks in deeper contact with nature and at the same time I feel a kind of uneasiness about not knowing what the future will bring.

However, at Teatret OM we have done our best to continue the work.

In March 2020, during the first lock down, we, like the other theaters, were not allowed to perform or invite guest performances to our theatre. Schools and shops were closed and the city was emptier than usually.

In mid-March, I saw a report on Italian television about people singing from windows and balconies, as a reaction to all the disturbances, I think their way of reacting was very beautiful.

So I thought: Why not do this in Ringkøbing?

We chose to contact the nursing homes in Ringkøbing-Skjern municipality because the elderly people were not allowed to have visits from their family so we wanted to give them a musical hug.

In collaboration with the institutions, we managed to give a small concert outside some of the nursing homes in the municipality in March and April. The concerts featured 3 actors from Teatret OM and my 8-year-old son Laurits, who was home due to lockdown of schools.

It was an experience that made both us and the nursing home residents happy. And because our little performance was received so well by both residents and staff, we decided to continue. We applied for and got funding from the Danish Arts Foundations for development of a short theater performance which we performed outside the nursing homes in August. Based on this experience we got the idea for development of a new performance.

We have been an independent theater group for many years before we became a regional theater of the municipality in 2006. The start up as an independent theater group has given us valuable tools to survive in difficult situations. We have performed in streets, in schools, in churches, in nature; this has been a training in not surrendering but always finding strategies to continue.

Now that we are regional theater and receive public support, this "training” has given us the opportunity to react quickly and be present in a period where we are not allowed to be together.

We accept the challenge that this time offers us, and, like many artists all over the world, we continue to work on various projects as for example:

Before the corona lock-down we had two projects in pipeline, both of them have been changed.

In addition we are working on other projects:

We are thankful that over the past year we have had great support from our municipality for the choices we have made to be able to continue. The financial opportunities from the Danish Art Foundation have also helped us to support the artistic activities.

We feel vulnerable in this period not knowing how the world will look like in a few weeks or months. We are used to plan our time and be able to move freely in Denmark and all over the world.

We are all part of a great challenge that we will remember and that will leave traces inside us, but we must not stop building bridges into the future.

I would like to end this article with a quote by Paul Klee, which reads as follows: "A line is a dot that went for a walk".

During this absurd and unique situation all over the world which unites us all, the most meaningful thing right now is to try to keep drawing lines without worrying about how the final image will look like. 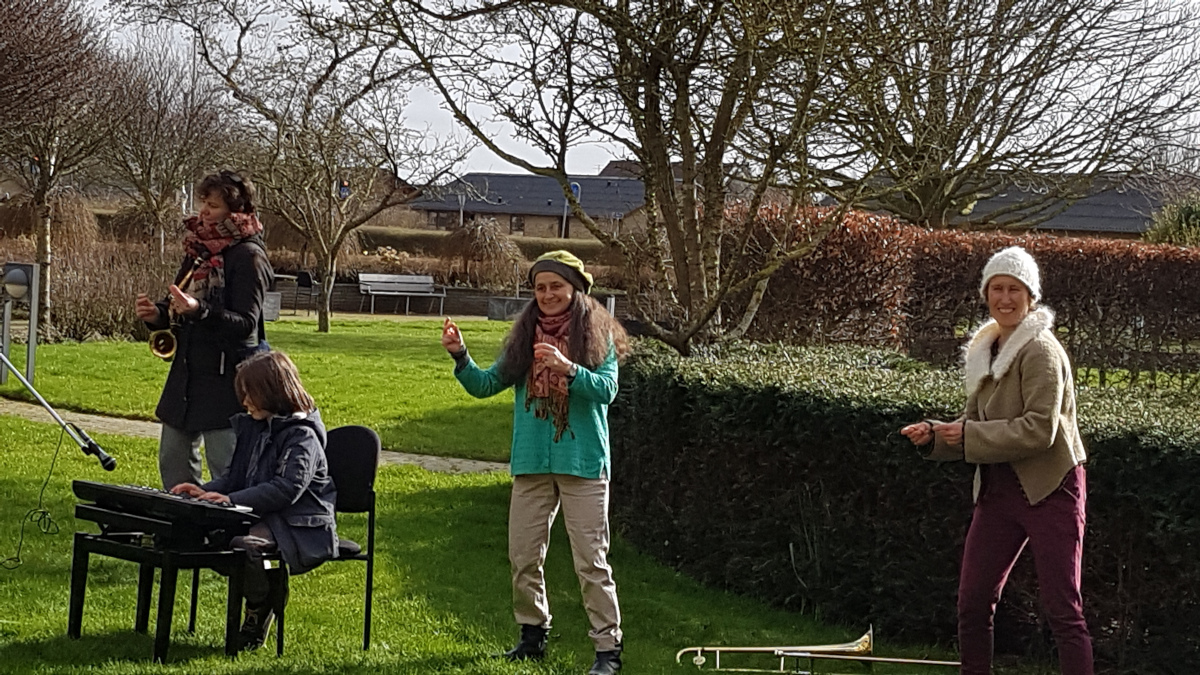 Submitted by Teatret OM on 6 March 2021.
send mail to
the Magdalena Project