I resisted a little in writing about Ocupação (Occupation) Magdalena in this strange moment that we are living in because it is a moment of change and also of revelations. We were starting to organize Ocupação Magdalena 2020 when Covid-19 arrived. The quarantine opened wide our eyes to the situations of socio-cultural violence that were already screaming for changes.

We in Latin America understand traditions and ruins in a different way from the rest of the world: we know the dictatorships in our flesh, in our DNA, we are always the periphery, always colonized, always resisting and always with many questions ...

Now in Brazil we are helplessly watching the programmed destruction of the country, of the people, of our ancestors, of our culture, of cultural spaces, of our stories and dreams …

We live in a moment where abstractions are almost no longer part of our daily lives, so maybe this is the time to share what this project was, born in the concrete between traditions and ruins of the city of São Paulo ...

I was getting ready to participate in the Transit IX-Hope in Action Festival, in Holstebro, Denmark, when I received the invitation from the Goethe Institute of São Paulo for a residence at Casa 8 in Vila Itororó. I soon thought of making a small meeting with some artists from the Magdalena network, a cell for a larger project that will be a Magdalena Festival in São Paulo.

I returned from Denmark with my heart sown with strength and inspiration and determined to create a space/time in the city of São Paulo that women artists could occupy with their voices and their art and also to create the possibility of meeting here, since we artists of the Magdalena network often only meet at Festivals outside the city or the country. 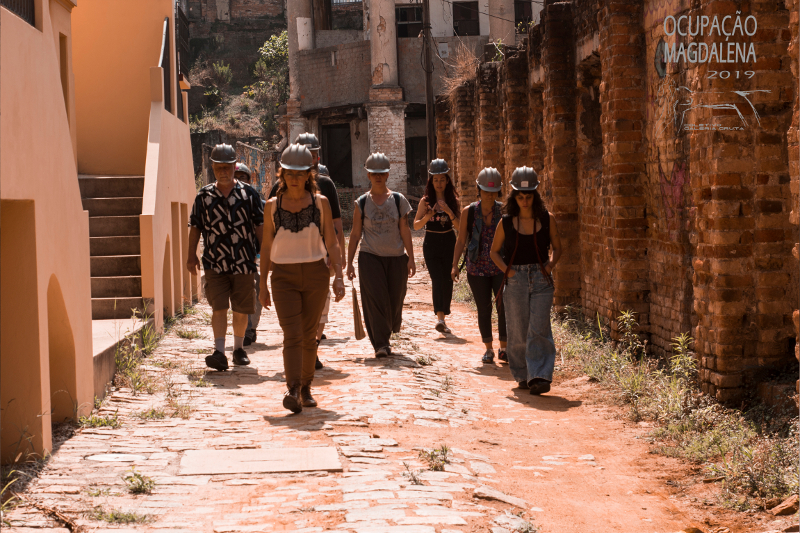 The residence was in Vila Itororó, an open construction site in Casa 8 - a refurbished house, within a listed village from the beginning of the century in the center of São Paulo in an open process of transformation into a cultural center.

In August when I entered Casa 8 it inspired actions and poetry in space but it was empty, abandoned and dirty ...

There was no structure for scenic presentations, without technical resources for artistic productions, in short, a space not configured as a cultural center and with restricted access (to enter Casa 8 closed shoes and helmets were required).

It was a great challenge in face of the specificities of Casa 8 to create space/time downtown, in the heart of the city of São Paulo to hear the voices of women artists. The schedule would have to follow the times stipulated by the city hall, not being able to go later then 6pm. We had little time to organize the residency and a very small budget for the size of the project we chose to carry out. Initially there were to be 3 months of activity but we chose to extend the program for 4 months, the last one with resources only from the Collective.

I sent photos of Casa 8 to some artists and invited them. I found a lot of availability and generosity in those who agreed to participate in this journey.

Jill Greenhalgh also generously accepted the invitation to join this adventure with a weeklong residency with me. She arrived in September, right at the beginning and we still didn't have the money in hand. We cleaned, carried stones, soil ... And so the performance-installation “Buried” that she had started in another residence at the festival O Levante was born.

From this impetus to create new landscapes with the voices of women among the traditions and ruins of Vila Itororó, the Ocupação Magdalena was born. Coletivo Galeria Gruta, in partnership with the Goethe Institute São Paulo and the Municipal Secretary of Culture of São Paulo, held a four-month artistic residency at Casa 8 da Vila Itororó from September to December 2019. The residency included performances, installations, pocket shows, book launches, exhibitions, workshops, meetings and rounds. The residence's theme was Tradition and Ruins, "How much history is there in the ruins?" 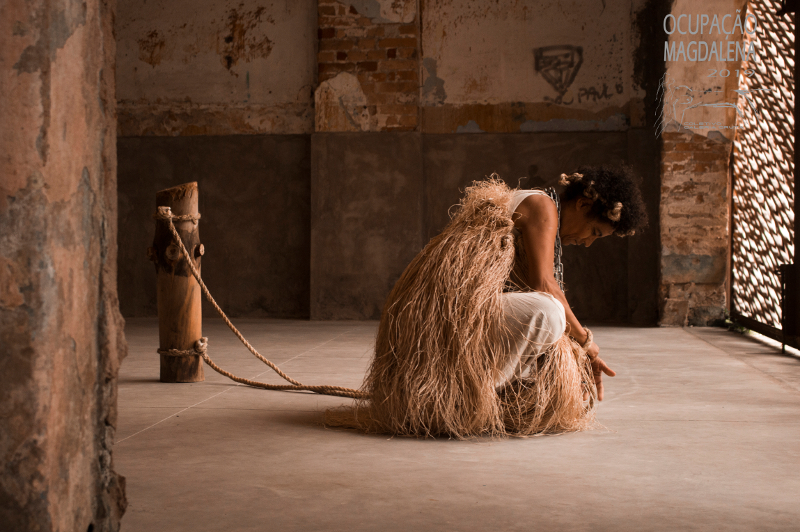 My curatorship was designed for the place with works by women artists who spoke with the physical and conceptual characteristics of Vila Itororó, excelling for devised and excellence work, focusing on themes such as emancipation, ancestry and patriarchy. In this Occupation we had the participation of artists already members of The Magdalena Project network and also invited artists that in some way were already connected with its principles. I tried to give space for presentations of different languages ​​and aesthetics in performances and musical presentations. The program was also designed to ensure representativeness and diversity.

Due to the characteristics of Vila Itororó, the proposed format for activations of Casa 8 was concentrated on weekends in the afternoon. To create an intimate atmosphere in the house between the artists and the public we offered delicious coffee and cake between presentations, which inspired spontaneous exchanges between them.

Carrying out Ocupação Magdalena strengthened me not only as an artist but also as a producer, here I add a statement: At various times I ran into structural machismo, even though I firmly placed myself as a producer, many times it seemed that all my work was dissolving. For me, Magdalena meetings are an opportunity to reflect, strengthen and guarantee the visibility of women on the scene and also in production and technical work.

During many times we were faced with the difficulties of leaving the logic of the conventional structure of the “black box” to adapt to the needs and configurations of the space, to rediscover the true power of Ocupação Magdalena. It was important to remind the participants that the occupation was not an academic residency, it was not a festival, and that the proposal was to listen to the space at Casa 8, talk to it and occupy it. And that this was a challenge for all of us ...

We made this small meeting possible, we created a time/space in the metropolis in the house… We made this cell generate new cells and each one of us occupied the space with our resistances, languages, research, stories, voice and a lot of poetry. At the end of December, when I went to hand over the keys to Casa 8, it was still filled, warmed by the heat of the meetings and echoing the voices of women artists.

What was Ocupação Magdalena 2019 in Vila itororó? 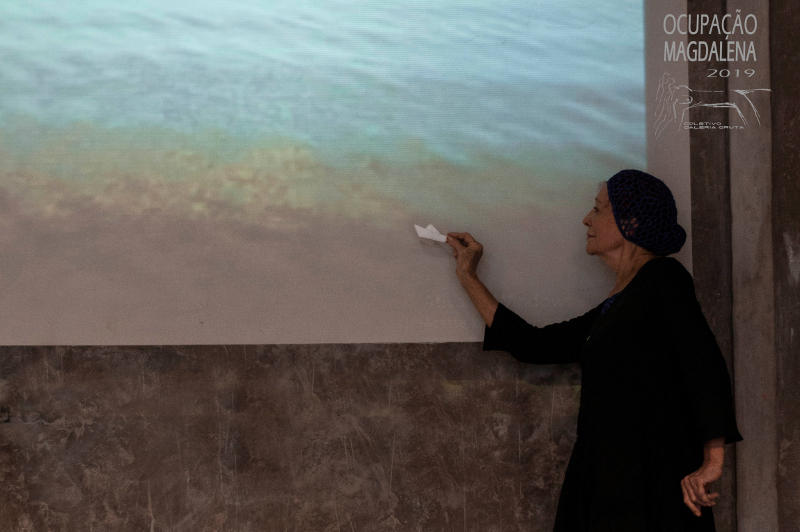 It was a subversive act because it was totally against what the political moment in which we are urges us to do ...

It was time for meetings, art and affection with coffee

It was a time when women's poetry reminded us that we are neither ruins nor stones and that we can find space in the poetry of our memories.

It was a space/time for reflection, for poetry in a society that instigates us to be superficial and quick ...

It was a time of freedom.

What was Ocupação Magdalena?

I end with the phrase that dear Paola Luna Vellucci said: “It was Resistance in Action”.

Photos on this page by Tatiana Miito.

Translated from the Portuguese by Janaina Matter.

Submitted by Thaís Medeiros on 7 June 2020.
send mail to
the Magdalena Project